Guadalajara is Mexico’s second largest city and deemed one of the safest in Mexico, so it seemed like a great place to get comfortable with the country on our new adventure. The night before our departure was its own adventure, spent clearing out the apartment and leaving us with 1 hour of sleep, severely exhausted and slightly delirious. After landing we grabbed a cab to our hostel in an older part of historic Guadalajara. Our itchy feet had us roaming the streets and I was pleasantly surprised at how relaxing the atmosphere was. We stumbled upon a plaza dedicated to the artist Pablo Neruda filled with street vendors offering tacos, fresh fruit bags, fresh potato chips with salsa and lime, clothing, toys, you name it. The warm breeze brushed our weary faces as we watched kids playing soccer next to fountains and heard Spanish chatter everywhere. I could recognize that this historic city was going to be a great place to explore and immediately regretted not having my camera at my side when everything was so new and fresh in my eyes. I shot almost everything with my new 35mm prime lens, and I think this might be my go-to for street photography.

Exploring Guadalajara proved to be an exhausting and worthwhile experience. Using the Lonely Planet’s Guide to Mexico we quickly started seeing the traditional and exciting sides of the city. Buildings showed their age with hand carved facades and small balconies at almost every door sized window with full wooden shutters. There were beautiful churches surrounding plazas teeming with Mexican citizens wandering about their daily routines and vendors with tables around almost every corner. We found ourselves on the outskirts of the city one day in a slum of sorts with tiny little shops offering specialized crafts in areas that I bet most would find a little uncomforting. But those areas seemed a little more authentic just a few blocks away from the cultural attractions. The massive wooden doors of the cathedral were opened up one day and we found ourselves in a cavernous church watching a couple tie-the-knot. 2 lb bags of fresh cut watermelon, pineapple, mango, papaya, and cucumber (about $1.75) became an everyday mid morning staple. With fresh torta ahogadas (drowned pork sandwiches with spicy chili sauce), huevos al gusto con chorizo with freshly squeezed jugo najarana (the best orange juice I’ve ever had for about $3.00) my stomach quickly became fond of Mexico. Most meals run us about 6 bucks for two and they are a treat for the taste buds. Just tonight we enjoyed two quesadilla gringos (lengua y bistek) and a grande horchata at a roadside taco stand. We then walked over toward the cathedral plaza and watched a Bruce Springsteen documentary while eating a freshly steamed corn on the cob with mayonnaise, cheese, and chili sauce with a backdrop of horse drawn carriages, children playing with bubbles, and a newlywed bride and groom enjoying the same treat.

On Saturday we found ourselves in Tlaquepaque, an up and coming artisanal suburb of Guadalajara. The upscale interior decorating stores lined walking streets and led to a carnival-like setting in the central plaza with, again, food everywhere. Leafy green plants, palm trees, and flowers were set with the background hum of music and children running about. A slowly drawn out Mexican sunset left peach colored light on two ornate churches while families strolled around enjoying a lazy weekend night.

Tonala offered the best street market that I have been to. The bus ride there felt like we were really in Mexico as streets disappeared into dusty untamed side roads with rocks, broken down vehicles, and buildings that looked like they gave up on life years ago. Closer to town the area started to take shape with artisan shops everywhere showcasing the talents of the craftsmen and what they deem as art. Unique large pieces of pottery, metal work, wooden transportation vessels turned into large scale ornaments, and galvanized stars filled the sides of the narrow streets. After getting dropped off in the city center we immediately were swallowed up into tents and shacks that were teeming with shoppers. This market was not for those with any level of claustrophobia as foot traffic bottlenecks for minutes at a time when a craft catches a shopper’s eye. Getting out of the tented area brought us through the side streets of the suburb with even more tables and workshops with open doors in every direction. After wandering around the side streets for a while we had to give our legs a break and sat under a straw hut with wooden benches that were more than inviting. A separate part of the market had even more Mexican crafts to offer on dusty streets on this hot afternoon. I think it impossible to see everything the market had to offer in one day. After nearly passing out we had the best burrito I’ve ever tasted cooked in front of us for next to nothing. The bus ride made me wonder how these metal tanks stay put together on some of the roughest roads I’ve ever experienced. Some bumps literally had us airborne off our seats while those around us barely even blinked an eye.

We are wrapping up our stay in Guadalajara and moving along tomorrow. We’ve met some very inspirational travelers the past few nights that have shed light on some fears and have spilled their views on the world to us in ways that I can carry with me forever. An older chap from England started his trip in the Northern border and is doing an entire loop ending up in Tijuana. He’s traveled the world mostly by himself, seen all but 3 countries in South America, and believes that traveling is the best way to connect with people and the world. A younger man from Ecuador gave us all his opinions and inside information on the best places to see from his journeys through Central America and Mexico. He speaks about 4 languages fluently and did so with others staying at the hostel while we sat in awe, somewhat ashamed by our limited internal dictionary of languages. He believes traveling is the best investment anyone can make in this world and I agree whole-heartedly. Two Aussies just got in tonight without learning a lick of Spanish and plan on conquering the coastlines flying by the seat of their pants. After about 15 hours of flying they dropped off their bags and went looking for beer and food. They know some places they want to go and the kinds of things they want to see. The Australian way always gives me a great laugh and awesome travel inspiration. Traveling brings about an odd group of characters in a play that is too often missed out by the masses. Guadalajara was a great place to start in Mexico but it’s time to move along. 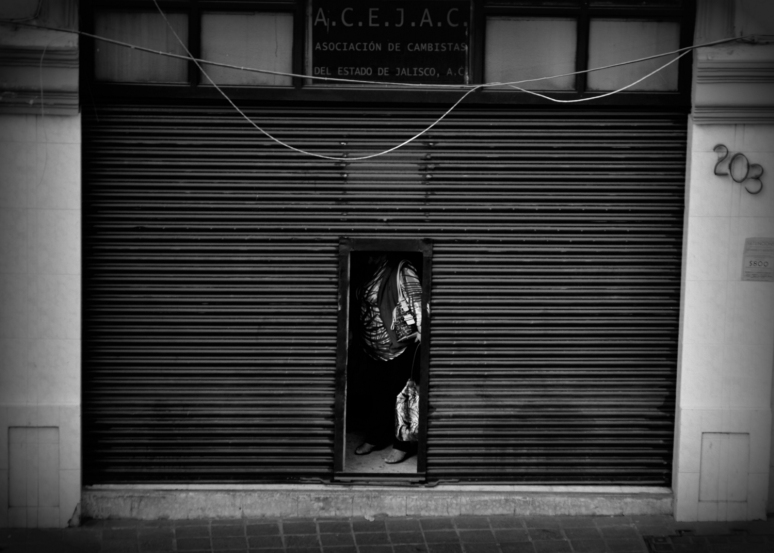 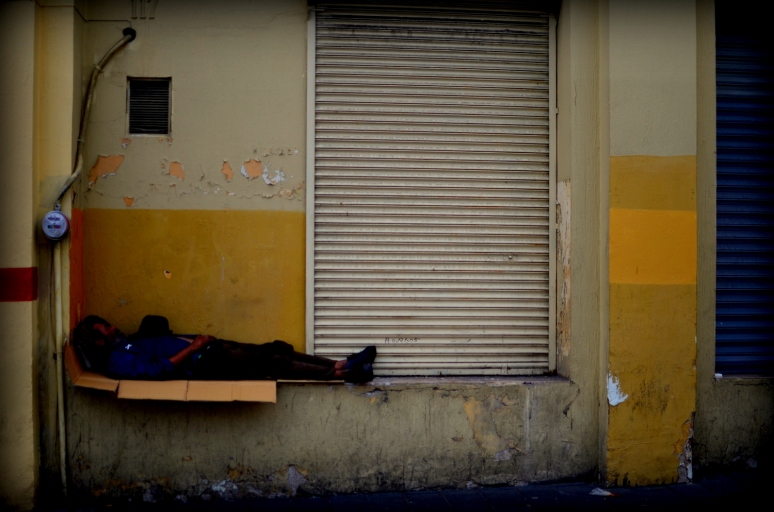 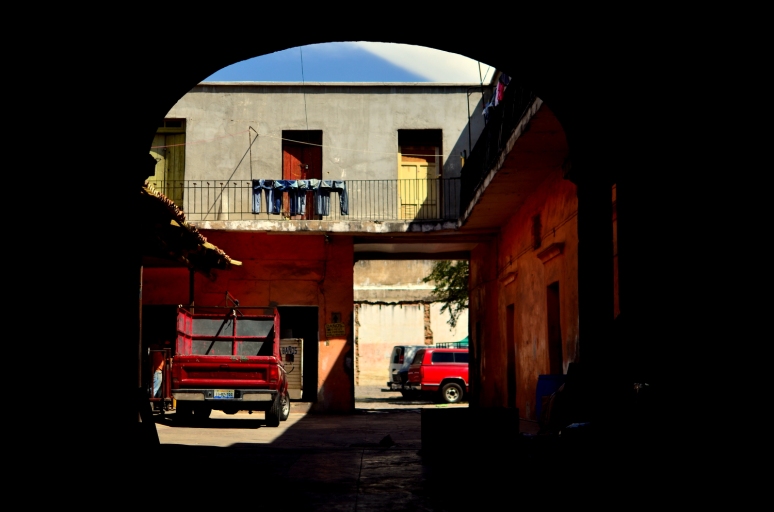 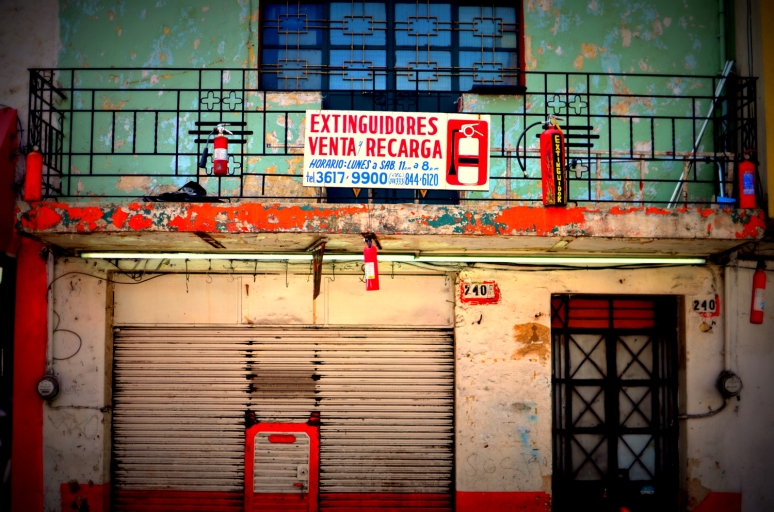 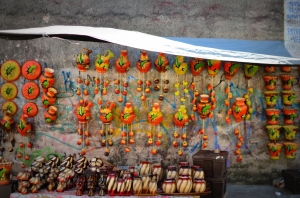 120 thoughts on “Guadalajara, Tlaquepaque, and Tonala”