I feel that a short preface prior to this post is necessary, although it has nothing to do with the actual post itself.  Hence the following.

I am astonished and completely floored by the attention that my last post received.  I never anticipated, although it has always been a goal for this blog, that I would actually get the spotlight and become freshly pressed.  Shortly after it was published I checked my email from my cozy hostel in the heart of Guanajuato and noticed that I had almost 100 new messages in my inbox.  I figured something was awry and was in complete disbelief when I checked wordpress’s homepage.  In regards to the old adage about setting the bar high I think I’ll need a combination of a trampoline and a grappling hook to get back to where it was raised .  I jokingly told myself and Elissa (my sweet and dedicated girlfriend/travel guru) that I have to really keep up my game now that people are watching.  But that attitude and line of thinking will ultimately push myself to creating an artificial experience based on what I think will be better received rather than keeping my perspective.  I chose plan B.  I want to thank everyone who took the time to read and enjoy life as I see it.  That’s it that’s all. 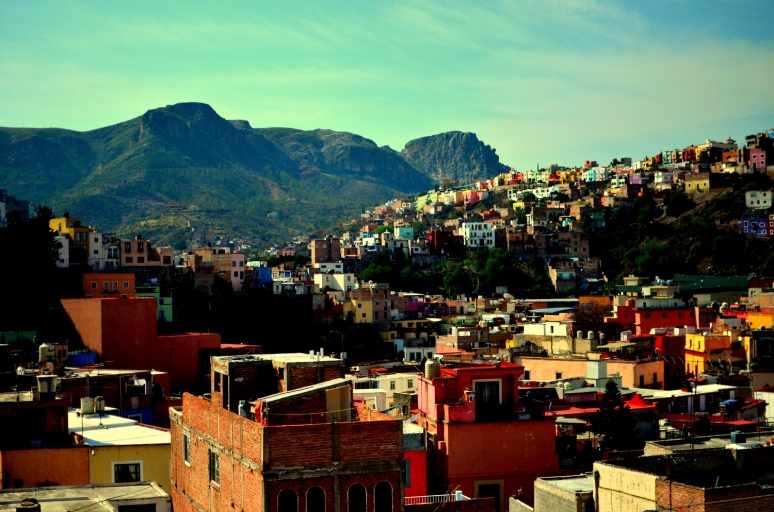 I’m not sure that my words could ever really express the beauty that is buried deep within Guanajuato.  It’s almost a proven theory in my head that I could tell a much better story through photographs than my vernacular limits will allow.  This place is truly a diamond in the rough with a deep history full of Mexican pride that matches the charming tune it hums throughout the sunshine kissed days and almost overly romantic nights.  A slight breeze accompanied us almost every day we spent here roaming the hand-laid brick and cobblestone streets and plazas that had the feeling of an old-world European town imbedded with Mexico’s culture.  Each plaza seemed to house a picturesque fountain (with or without water), vendors cooking up sizzling snacks, and plenty of people taking a break from the chores and deliberations of the slow pace of the day.  Street vendors selling donuts are just about everywhere here,  tempting you with their take on these delicious treats usually set up on small tables that have you craving donuts like you never had before.  The chorus line of “Take it Easy” reminds me of the ubiquitous lifestyle that everyone seems to embrace here.  I realize this is coming from a travelers perspective and that there are very hardworking people here but it seemed like every night a different celebration of some sort was going on and everyone was out enjoying it. I fully approve of all forms of public celebrations and this town was chock-full of them.

Guanajauto takes pride in their city and this can easily be seen in the clean streets of this old mining town.  A silver vein found in the mid 1500’s brought this area to life and it later became the site of the first victory for the rebels under the leadership of Miguel Hidalgo.  A larger than life statue of El Pipila carved in stone looks down upon the city and serves as a permanent reminder to Mexicans that they took back their land from Spanish rule. This is also home to the world’s smallest mummy and the Pope will be here next week.  Not bad for a little town in the  mountains.

This UNESCO World Heritage city’s age can be seen (thankfully) everywhere you roam.  Each building has a story written in it’s walls and ancient doors that any preservation society would tip their hat to.  It  looks as if nothing has changed (although it clearly has) since the mining days with underground tunnels through the rock and below the city’s streets and buildings. The streets are just barely wide enough for a car and somehow buses manage to take the hairpin corners coming uncomfortably close to contact with people on the sidewalks (I haven’t figured out sidewalk etiquette here yet but I always seem to be the one moving out of the way).  Elissa captured the magic of this city the best (she is one of the greatest observers I have ever met) as ¨a perfect blend of the old with the new¨.  It does have the ammeneties of a modern day city but everything is contained within these beautifully preserved historic buildings, stucco houses, and plazas that could never be recreated or duplicated elsewhere with the same effect.

The town has an orchestra of church bells, barking dogs, and roosters that seem to crow all through the night conversing with each other.  Earplugs are advised for sleeping.  Our first night we decided to go super budget on our hostel and wound up in a room that would make the bulb from a black light cringe.  We met an insanely drunk Mexican named Poncho who spoke some English and acted out his conversation for us in a delightfully animated manner.  I was dubbed “Danny boy” somehow over a few 40 oz Coronas.  After a full night of restless sleep we awoke to the charming sound of about a dozen roosters announcing their love for the sun in close proximity.  A bad food decision on the way out of Guadalajara added to my insomnia.  We promptly set out to find a different place to stay and on the recommendations of a fellow traveler from Guadalajara stumbled into Casa Bertha (http://www.casabertha.com/) and settled down like we were living there.  By the way, the only place to stay in Guanajuato is Casa Bertha in my opinion.  The owners are charming, the accommodations are wonderful, and the terrace with the outdoor kitchen is heavenly.  We wound up buying groceries in this town to cut back on the eating budget but did manage to go out and get some local fare too.  The food in Guanajuato ranged from authentic Mexican to bagel cafes, pizza joints, and even Japanese cuisine.  It had a great mix for a city in my opinion.

Students and artists showcased their honed talents in the Jardin de la Union adjacent to the Teatro Juarez just about every single night.  It became a routine to swing by just to see what was in store.  Beautifully skilled mariachi’s played loudly and sang softly to diners at the outdoor cafes while street performers captured the attention of crowds.  Our trip coincided with a GTO rally race and we got to enjoy pedestrians dashing out of the way as cars whizzed around the narrow streets and tunnels.

We capped off our stay with a hike to one of the reservoirs that feeds Guanajuato and am paying for it currently with some severely sore legs.  It was kind of scary to see how low the Presa de Mata was with the high water mark about 30 feet lower than stands currently.  I spoke with George (manager of  Casa Bertha) about the water in my best broken Spanish and he said it has been a very dry year and the water is dangerously low.  I had to memorize what I wanted to say for a solid 5 minutes beforehand so it came out right instead of “Agua es no bueno” (my vocabulary is slowing increasing).  I’m finding that I am uncomfortable with the amount of Spanish that I know and it is more of a hurdle to jump than I had in my head before arriving.  I don’t like feeling like a typical tourist, and  an important element of traveling for me is communication.  And at the moment, it feels like a huge barrier to cross with native speakers. Practica, practica, practica.

We slowed our pace a lot in this town and stayed an extra night or two cooking up meals for ourselves and taking everything in.  We both wished we had found this beautiful city later on in the trip, as we would have loved to spent more time here. But we had to move along.

I’ve also realized I have to stop taking so many damn pictures. This pace can’t go on and will ultimately slow down to a reasonable amount. 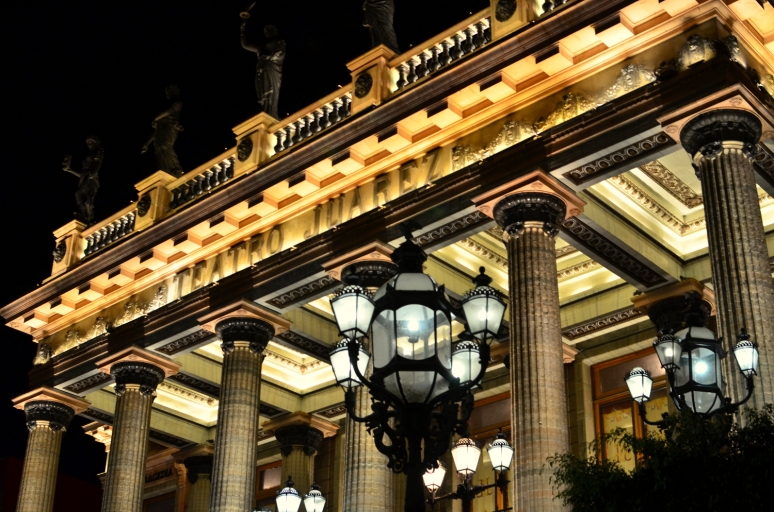 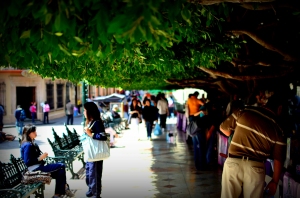 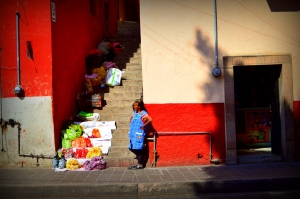 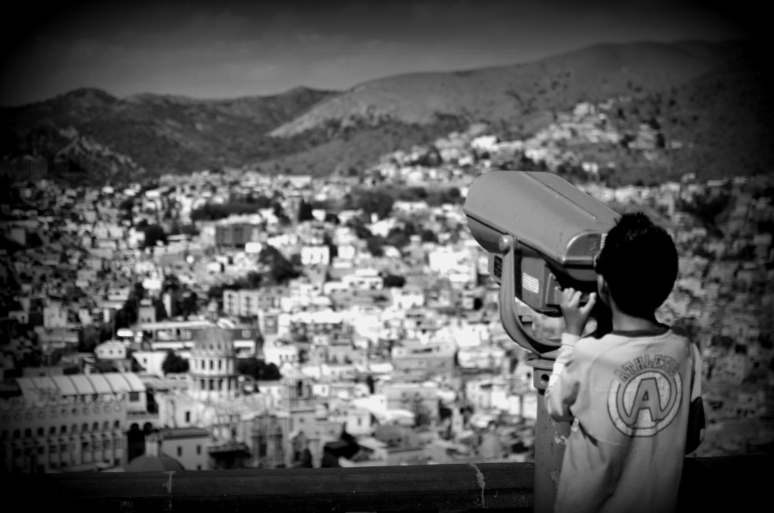 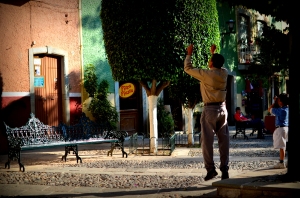 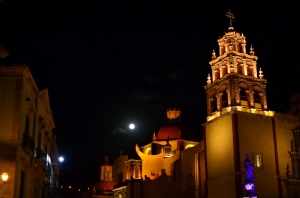 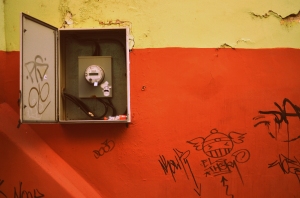 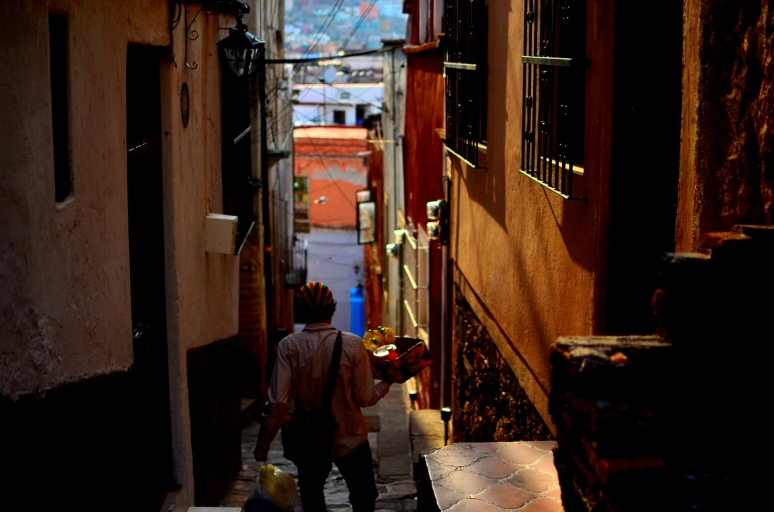 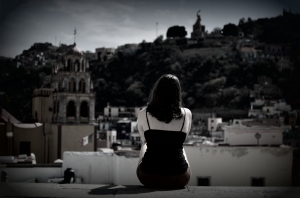 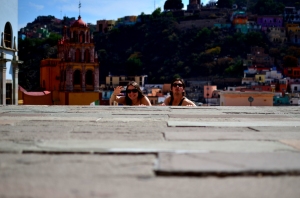 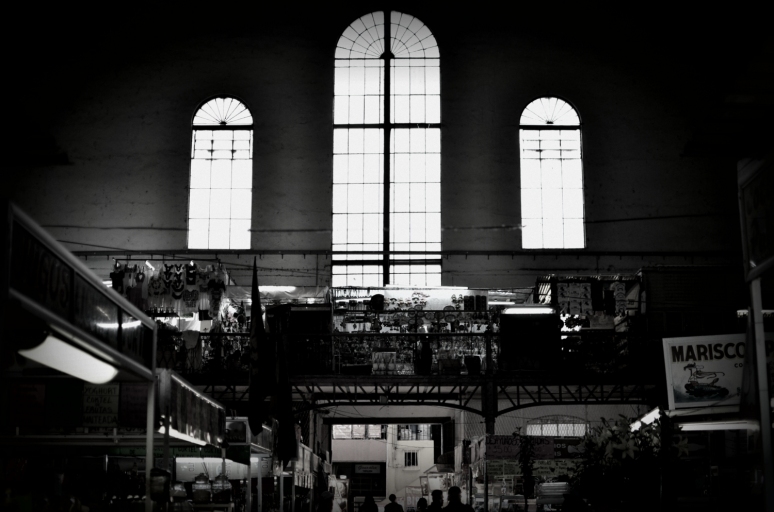 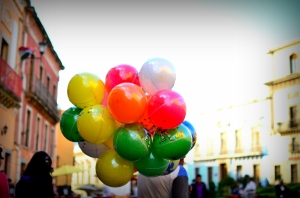 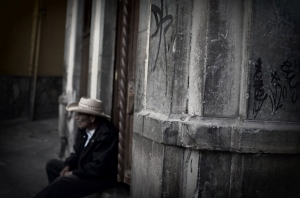 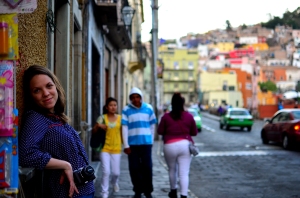 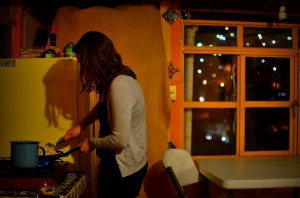 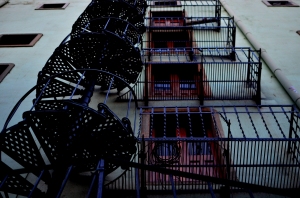 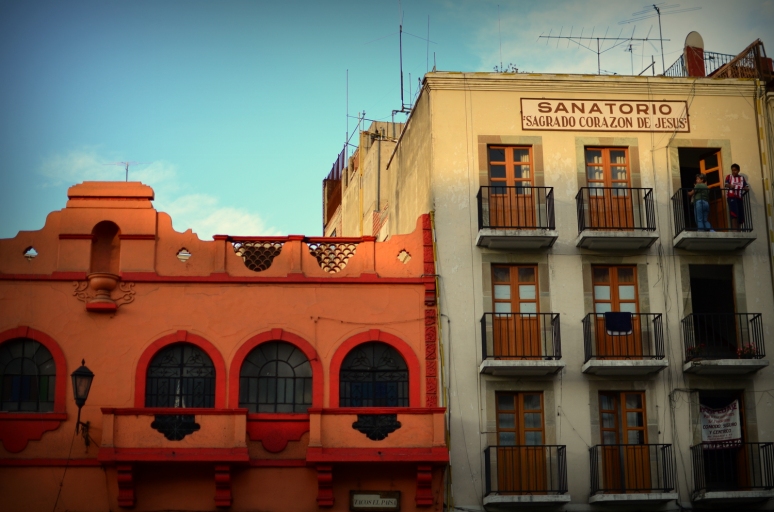