Backstage at the Newport Folk Fest

So the long and short of it is that our trip across the Darien Gap routed us to Boston, Massachusetts for a 2 week layover and then onward to Cartagena, Colombia. While this route does not seem cost effective, it actually was. The option we were hoping was available was a new cargo and passenger ferry that was supposed to arrive in Panama by early April. By the time we were in Panama in late July it was still sitting in a harbor somewhere in Greece. Sailing trip costs have more than doubled in the past 3 years and now cost between 500-600 dollars to get from Colon to Cartagena, and the stories we’ve heard from fellow travelers were completely polarized. They either had the time of their lives or were fearing for them, based on weather conditions, captains, how many people were crammed into one boat, etc. The flip of a coin decided that we should head home for a short break on our trip to soak in a tiny bit of summer, to recharge, and to purchase a few needed items. 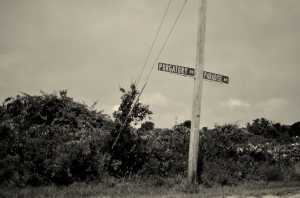 And then came Boston. It seemed like such a new place to see now, through my Latin American colored lenses. We were picked up at Logan International by Elissa’s very excited parents. It felt like a strange dream being all together again. The last time we had seen Caryn we were traveling on chicken buses through Guatemala (something you should not do with your parents by the way) and showing her what Latin America was all about. We were quickly spoiled to a delectable lunch at Toscano’s on Charles street before wandering around downtown crossing to replace old t shirts. It was the same city, but I was now noticing details about familiar places that had become washed out by the blurred presence of overexposure. The buildings had a different character to them. I found myself taking in the culture from an outsider’s perspective, and my ears now honed in on Spanish for the first time in a city that I called home for 8 years. We even bumped into a family from Mexico on Charles street and chatted away about their hometown for a hot minute. 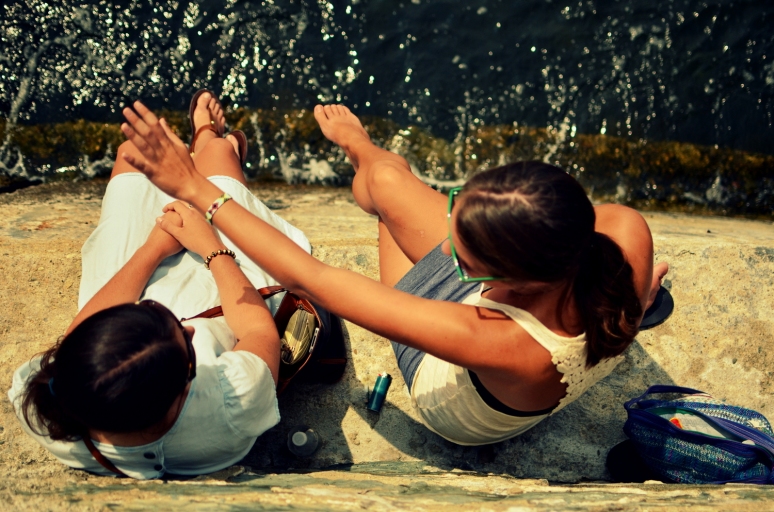 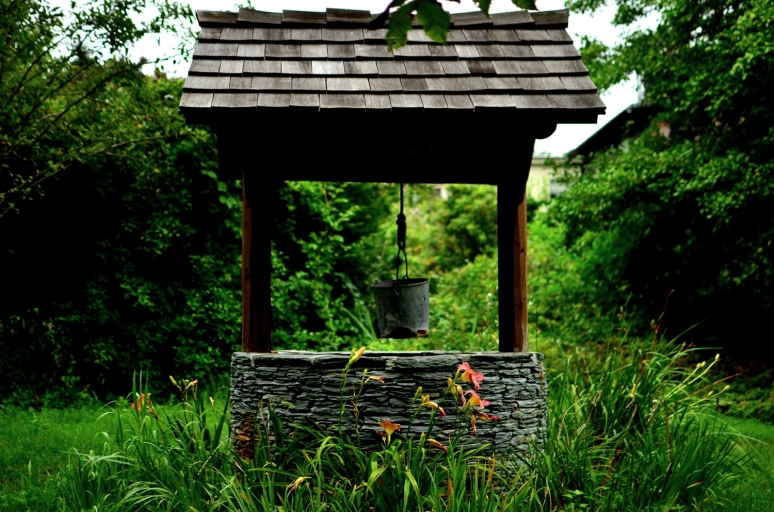 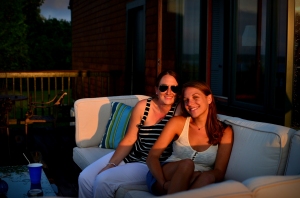 Elissa’s parents had prepared for our arrival for weeks and only had one setting on their parenting meters: spoil. They set up a bedroom for us complete with air conditioning and force fed us delicious food night and day. During a lobster dinner, Elissa pointed out that I had the rubber bands from 6 claws on my plate thus concluding that I had eaten 3 lobsters in one sitting. Massive fruit platters were cut up fresh by her dad Dave and Caryn was beside herself that we were in their living room after tramping around for 5 months. Summertime in Newport is full of tourists, boats, great weather, and beaches. We fired on all cylinders in Elissa’s home town. We intentionally selected this weekend in order to see the Newport Folk Fest, which was headlined by one of our favorite bands, The Head and the Heart. 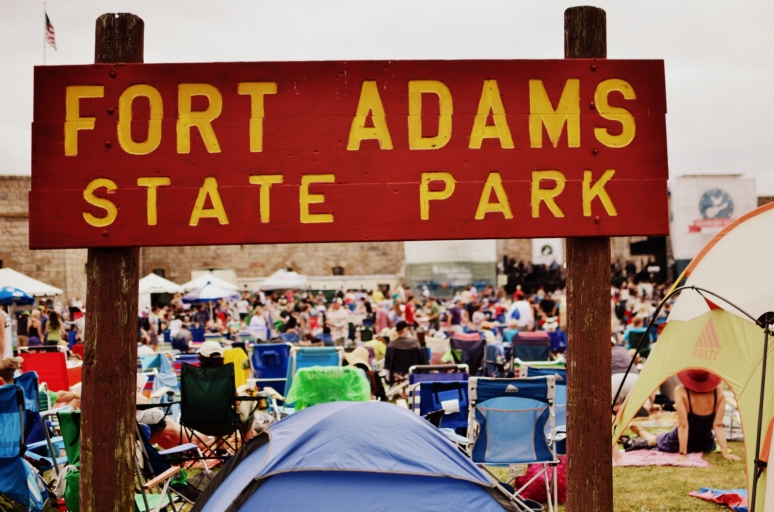 Since the event had sold out months before we decided to fly back home we were scrambling to figure out a way to get in. I often heard Elissa and her friends claim that they never get tickets in advance and entrance always tends to work out one way or another. This year it worked out in a huge way. Tara, Elissa’s best friend, was working as a video producer for the Obama campaign. As luck would have it she was in contact with The Head and the Heart’s manager and was going to be working with them to produce a video for the campaign. In fact, she was going to talk with the band in their trailer before going on stage and performing. This scored her 2 general admission tickets in and 1 photography press pass, granting backstage access on all 3 stages for whomever wears the sticker. This person was me. 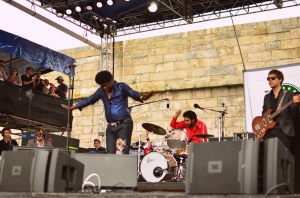 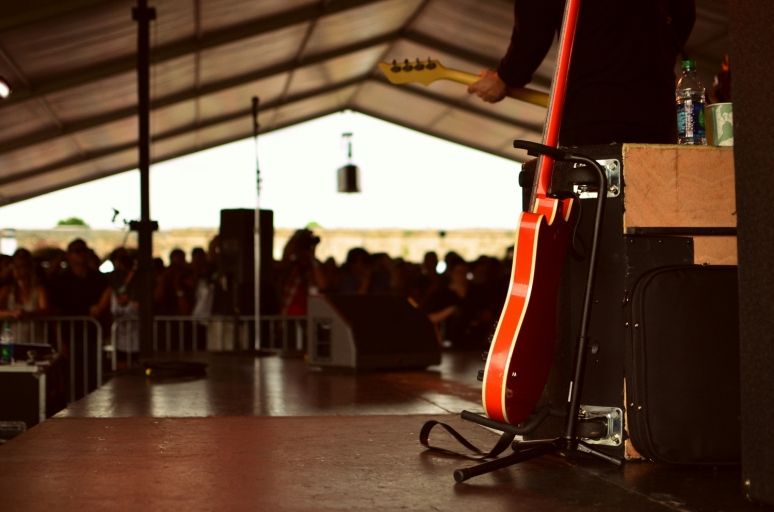 My mission was to try and capture images and video for potential use in an upcoming video. I grabbed the only fresh memory card I had before we took a water taxi to Fort Adams. Having 2 tickets and 3 people is generally a problem, but we did the old wrist band trick near the entrance without a hitch. We found a good spot to set up camp with our cooler and I immediately began testing the limits of my backstage privileges. Before I knew it I was behind the scenes, listening to some modern day greats from an incredibly close vantage point. I was like a kid in the candy store. So much amazing music is played at the Newport Folk Fest every year and it creates a vibe that only a live music show can ever have. The Folk Fest has such a unique, magical setting within the Newport Harbor that becomes filled with sailboats, kayaks, and has the infamous Pell Bridge in the background that spans from Jamestown to Newport. It’s an endless sea of smiles where everyone is themselves, enjoying music and everything that summer has to offer. 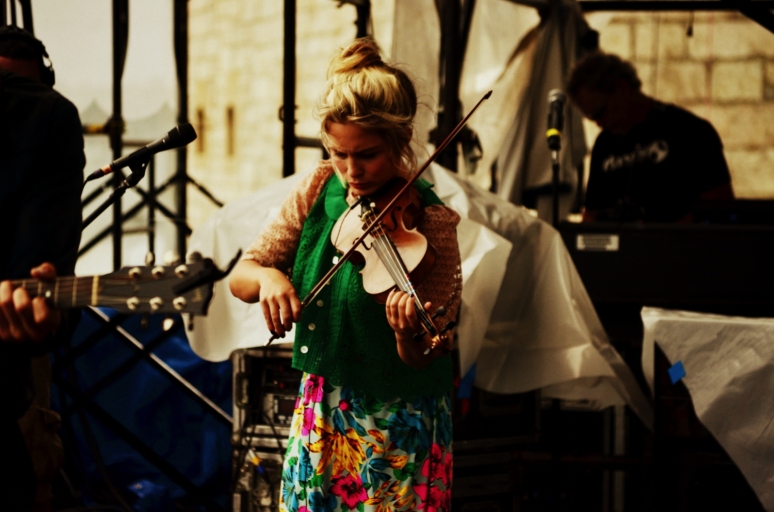 When the band came on stage I was one of the first to run into the photography pit and I immediately claimed my spot. Last year THATH played on the smaller Harbor Stage, but this past year they exploded in popularity and were now on the Fort Stage. Chills ran up and down my spine as the first chords were played. The music could be felt through the ground as hundreds of people stomped in unison and sang along. It couldn’t have been more surreal. After the first 3 songs security cleared out the photo pit and I slipped backstage. Without question I walked up on stage and got closer and closer to the band. Before I knew it, I was on stage looking out over a ocean of faces, a mere 15 feet from the center mic. For some reason I thought that no one would be paying attention to the mustachioed man wandering around the set and put forth their focus on the band. I would be told later that was not the case as I was spotted by several friends while milling about for different angles. But not a word was mentioned as sound engineers moved about while the band was playing their awesome set list. 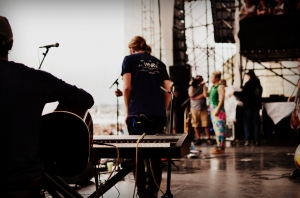 It was one of the most magical experiences I have ever been a part of. I clicked away for about 45 minutes and was treated to a truly unique perspective of the performance behind the scenes. Although this was yet again an unpaid assignment, it gave me a taste of what it would be like to cover a live event. It was a very valuable experience and was one of the most thrilling assignments I have been a part of to date. After their set was over I abused my press privileges to get closer to the action for The Tallest Man on Earth, Gary Clark Jr., Charles Bradley and His Extraordinaires, and The Berkeley City Music Choir. Ryan Gosling was even floating around the grounds that day and got in my way when I was trying to shoot Gary Clark Jr at one point. I found myself thinking “I really wish Gosling would get out of my way”, which is not something I ever thought would be bouncing around in my mind. The Newport Folk Fest is truly very hard to put into words and capture in feelings. I think there is a bit of magic weaved into the soul of music. It truly feels like anything can happen, like any reality is possible when you are surrounded by a crowd filled with enthusiasm and wonder being brought to the brink of a utopia by skilled artists on stage. You need to be there to truly get it. This is my 2nd year attending the Folk Fest and I now know that I have to get photography press passes or it will never be the same. 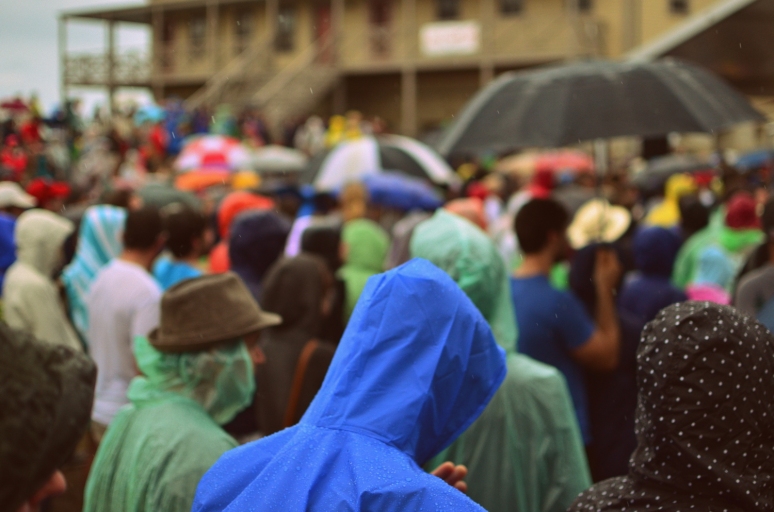 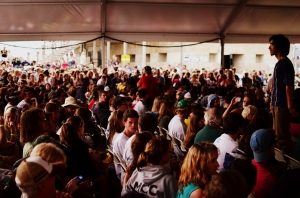 After the set ended the sky looked as if it was going to open up and unleash a storm of epic proportions. My head was still spinning from the weight of the experience, and I needed to process what had just happened. We were treated to a huge farewell dinner from Tara’s parents that night complete with all of our close friends and family, which was followed by the realization that I put on about 5 pounds in three days. The next day I spent some quality time with Elissa’s dad Dave helping him pack up an entire Uhaul truck with antique items to be sold at his flea market stand south of the island. Her dad always has a million stories to tell and my ears love listening to them. He sold out all of the Cuban cigars we sent him at the flea market and I reveled in hearing his stories about how he had blast playing with them. Newport was more than kind to us with special thanks to friends and family who have taken me in as part of theirs. The next stop was summer in the fertile Mohawk Valley of upstate New York to visit my family.

7 thoughts on “Backstage at the Newport Folk Fest”