Panama City: Old vs. New and instructions on how to get robbed

Without any prior research, I am going out on a limb to say that just about everyone who visits Panama ends up in Panama City one way or another.  Our Panama City adventure began at exactly 4:30 AM in the bus station.  Weary, red eyed, and absolutely exhausted, our bus pulled up curbside and shook us out of our tired state of overnight bus restlessness.  I’d love to go on about the some of the most illogical bus schedules in Latin America at this point, but I fear that I will lose my audience in a long winded diatribe.  Entonces, we were way too early to get ourselves into a hostel (not that we had a reservation anyway).  This was the first time in our trip that I both needed to and used a payphone, which was a old familiar feeling I remember from my early teens before cell phones went viral.  After getting in touch with Mama Llena near la ciudad vieja, we killed some time watching the infamous Red Diablos of Panama City.  Red Diablos are ornately decked out chicken buses that look as if they rose from the gates of hell, and at about 5 am that morning they were making their first bus station pick ups.  Picture a school bus with a custom paint job, giant chrome tailpipes protruding from the roof, LED scrolling signage, and fluorescent light accents under the body.  Now picture hundreds of them driving through a metropolis, juxtaposed against sky scrapers, palm trees, and ancient colonial buildings.  I took a picture of that. 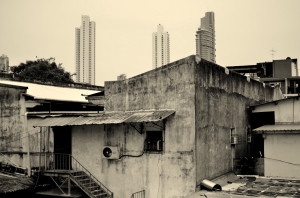 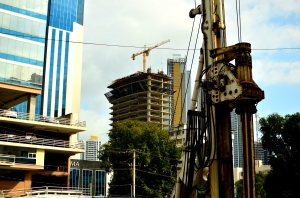 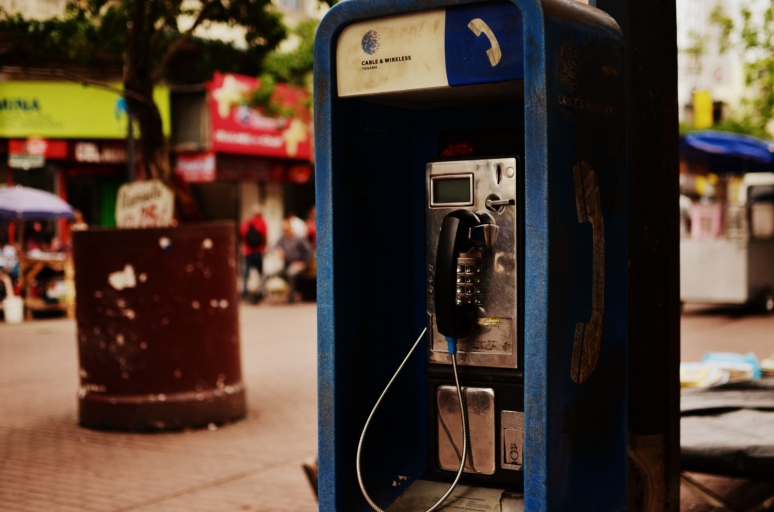 After getting to our hostel we crashed for a few hours from pure exhaustion.  Our first destination was the Old town, Elissa’s favorite part of the city.  We chose to walk from our hostel (near midtown) all the way to la ciudad vieja.  Parts of the neighborhood were reminiscent of our old haunt, La Habana.  The city felt and looked as if it was created in the mid part of the 19th century and didn’t evolve much from there.  Signs of yesteryear were hung in front of most businesses that looked like retro versions of grocery stores, sporting goods shops, and restaurants.  Outdoor markets were abundant on side streets and time was chewed up marveling at the wide selection of randomness each wooden stand possessed.  There was also a sense of awareness in the air that kept us from getting too cozy taking out cameras to capture images here.  There were plenty of warnings in literature as to the invisible boundaries we should adhere to for our general safety. It was also spelled out to us twice that day by both uniformed officers and a fellow patron in the Coca Cola diner, Panama City’s oldest diner.  An elderly man who lived in the area said that he doesn’t even go outside past 6 at night.  A quick peer down these roads never led to curiosity and there was plenty to see elsewhere anyway.

The old town was under a whole lot of construction during our visit.  Development and restoration projects were occurring everywhere, and the old crumbly buildings that used to house city dwellers were now turned into fancy shops, restaurants, and high end homes.  There were numerous empty, gutted old Colonial buildings that held hundreds of years of history within their walls just waiting for the wrecking ball to come in and let real estate do it’s thing.  It was a sad state of renewal for me, because I knew that preservation is what keeps places like this magical and humming to the tune of real life versus the controlled environment that investment opportunities foster.  But there was plenty of beauty still to be had here and a bit of normalcy still on the cusp of changing forever.  We gravitated towards the water and found the most wide variety of sea glass on a beach to date.  The beachfront property seemed like some of the last to be untouched and still inhabited by Panamanians.  Little girls picking up sea glass with a backdrop of boys playing a pickup game of soccer spoke organically and clearly about the simplicities of life.  Other parts of vieja had beautiful walking streets, hidden little shops owned and run by artists themselves, and gorgeous views of the skyscrapers that modern life had created. 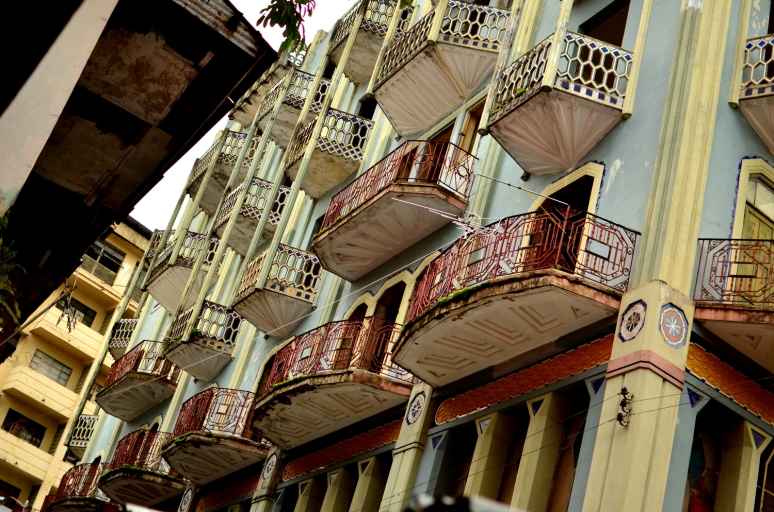 The next day we decided to head over into the concrete jungle by walking along the newly developed malecon.  This endeavor turned out to be much larger than expected.  The city itself is a lot bigger than our eyes perceived it to be as we found ourselves walking for a solid hour without feeling like we covered any distance.  We didn’t see another soul in sight the entire trip, which was puzzling due to the grandiose scope of the pedestrian area.  Gleaming towers stretched towards the sun in every direction with bleach white waterfront condos in the background.  It was very hot that day and even the slightest effort we made flirted with sweat.  It was decided that the best place for us on this day would be the mall.  I’m a sucker for air conditioning in Central America on hot sunny days in a city.  It’s also fun to play around with things you can’t afford anyway.  The Ray Ban store was especially satisfying that afternoon.  All the glasses were on boxes on a wall allowing you to try whatever you wanted without having to ask. 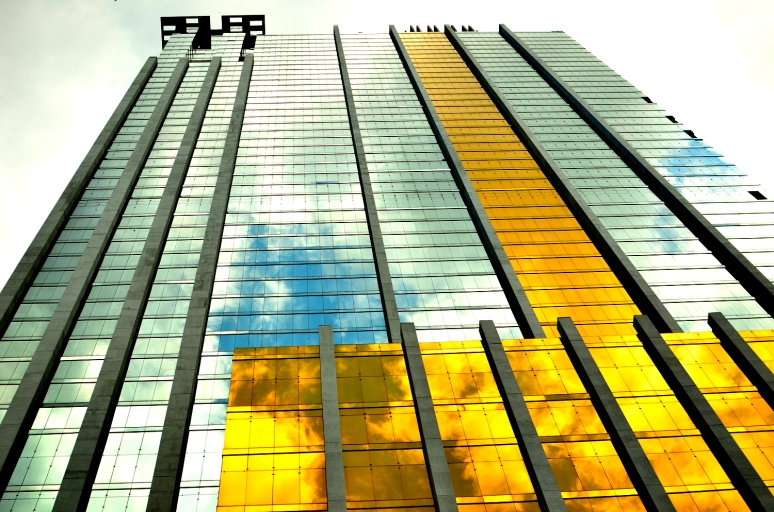 After leaving the mall I wanted to get close to an interesting looking building to shoot some photos.  We found ourselves lost beyond comprehension a short time later.  This part of the city is definitely not for pedestrians.  Sidewalks would dead end at 4 way intersections without traffic lights routinely in the mid day congestion.  It appeared like the city was developed to be westernized like a city in the states without actually giving it the time to find it’s characteristics, it’s neighborhoods, or it’s sense of identity.  A prime example of rapid fire development without proper infrastructure planning.

GETTING ROBBED.
After walking around lost for a while we eventually found our bearings and walked about 2o more large city blocks back towards our hostel.  Since it was our last night in Panama we thought a good way to say goodbye was to get to a market to enjoy some fresh fish on the cheap.  We also didn’t want to walk anymore than we had to, since virtually every part of our day was spent on foot.  We flagged down a Red Diablo heading our direction and stepped onto the hot and dark bus.  The familiar feeling of traveling snapped back into place instantly as music blasted at a casually deafening volume from speakers custom built into the ceiling.  I had actually missed these buses at that point. I missed being fully immersed in that backbone of everyday life in the developing world: public transportation.  Being true to character, our bus unpredictably turned off the road and began heading towards the on-ramp of an overpass.  We quickly had the driver drop pull over and he let us off in a sketchy parking lot before right before the overpass was reached.  Confused and completely exhausted, we mistakenly used a map on Elissa’s iPhone.  I remember looking at the map for no more than 2 seconds until a hand slapped down on the phone and tried to pry it out of my hand.  My hand clasped down as I was mentally wrapping my mind on the fact that I was being robbed.  Both of his hands pried the phone out of mine and he began running.  Elissa screamed “No!” and, after a moment of realization, I took off after the bastard.  My flip flops instantly flung off both my feet and I now found myself galloping at full stride, barefoot on a crumbly road in Panama City.  I got to within 5 feet of the guy, and kept pace with him for about 10 seconds.  A taxi, seeing what was happening, tried to veer him into the wall but did not succeed.  At that point my feet were probably bleeding and felt like feet do after you run full speed on broken pavement topped with rocks.  The guy disappeared around the corner and was not seen again.  The police told us to go to a station, 7 blocks into the neighborhood where the man disappeared, to file a report.  We knew that would be a complete waste of time, especially because we were going to be on a plane in 5 hours time anyway.  Find my iPhone didn’t absolve any of the issue because it was not connected to begin with.  It was time to get out of Panama, and we mentally and physically knew it then. 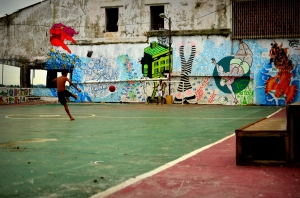 Our central American Journey had come to an end.  At that point we had been traveling for about 5 months.  We started our journey back home with a one way ticket to Guadalajara, Mexico and were ending the first leg in Panama City.  By that time we had been through 9 countries, traveled well over 4,000 kms on buses, and flew in and out of Cuba, which had been a dream of mine.  We had been part of so many amazing experiences that words and photos themselves could never do justice.  It had to be experienced there, as it happened, to truly grasp the gravity of it all.  Spanish was slowly being picked apart and digested, traveling seemed like second nature, and we were embracing Latin American like we had dreamed of before we left US soil.  Our next destination was going to be a familiar one.  We hopped on a 3 AM flight heading for Newport, Rhode Island for a 2 week siesta from traveling. 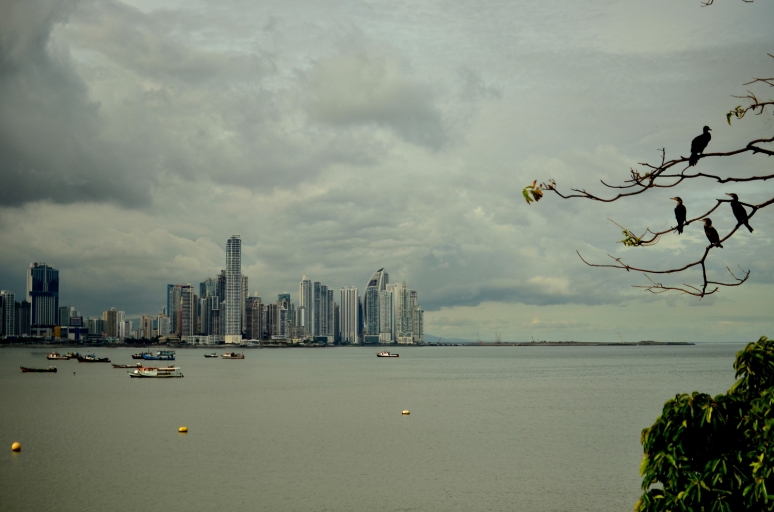 14 thoughts on “Panama City: Old vs. New and instructions on how to get robbed”