A halfway point between Newport, Rhode Island and Fort Johnson, New York brings you to Chicapee Mass. Elissa’s parents drove us to go and meet my Dad who would be waiting in a McDonald’s parking lot right off an exit.  As we pulled into the lot I saw my Dad standing right next to my brother’s cherry red ford pick up truck.  He was wearing his prescription glasses and round john lennon-ish colored sunglasses on top.  My dad. We slipped into McDonald’s where we all shared breakfast accompanied by an apple pie with a slice missing that my dad had brought into the restaurant.  My dad. 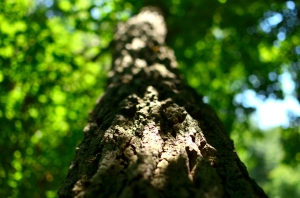 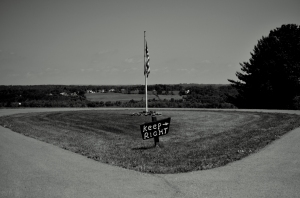 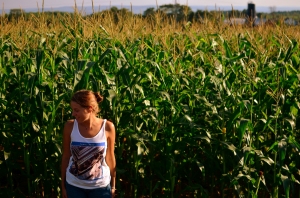 Upstate New York is always a bittersweet experience for me.  I practically ran away to college when I was 18 and enjoyed the distance I kept.  I always feel the same familiar urge to get back home when I go without it too long and I often end up with the same familiar anxiousness to leave when I get there.  I saw the writing on the wall when I was a teenager that if I stuck around too long I might never leave and live with complacency.  Personally, it wasn’t the kind of environment for me to flourish in.  Some friends I know are doing well in life there.  A lot I know seem to be oscillating between personal, legal, financial, and or drug related troubles.  But it is home to me, and home has always been important.  With that aside, we were driving westbound on I-90 with my Dad, whom I was more than happy to be sitting next to after 5 months of sitting next to strangers on buses.  Green fields of corn appeared on the hilly landscape in and out of forests, pastures, and stretches of river.  We did the whole trip chit chat in about 5 minutes and quickly went to only jokes that Stan could possibly come up with.  My brother had also given me rights to his new truck until he came home. Score.

The first sign of upstate familiarity was the waving seas of corn rustling in the summer breeze.  Rolling hills came to life in shades of green and yellow as we drove down back roads and short cuts that definitely take a lot longer than going on the main roads.  This is a classic dad move for me.  I can go way back to the depths of my mind and remember 3 or 4 hour breakfast trips to a diner that is “just a little further down the road”. The field in front of my mom’s house was brimming with corn almost 7 feet tall.  It seemed like it was a decent season, although I kept hearing that it was tasselin’ too early.  Yellow tassels as far as my eyes could make out in about 180 degrees.  It was warm out and that golden sunlight color was popping through the late afternoon, illuminating the blades of freshly trimmed green grass.  My mom came out and doled out big hugs and a warm hello.  My gramma, who usually keeps to herself in her bedroom, came out and chatted friendly with me for a while, giving way to a smile here and there (a hard thing for my gram).  It smelled like home again.

It was summertime things that we absorbed ourselves into during this visit.  Barbeques were a nightly affair and soaking up sunsets was our number one priority.  Mom spoiled us with food (as always) and I took the helm of the grill.  A trip to our favorite swimming hole in a stream near the thruway bridge behind Karen’s was absolutely non-negotiable.  The old path seemed to have disappeared and was now inhabited by the extended corn field.  No problem with 4 wheel drive.  We rode over rocks, logs, and brush to get to the entrance, which appeared to be impassable.  We waited by the water and witnessed Stan come out of nowhere with his car, which had to drive over a bank and around my brothers parked truck to get to the entrance.  My dad. 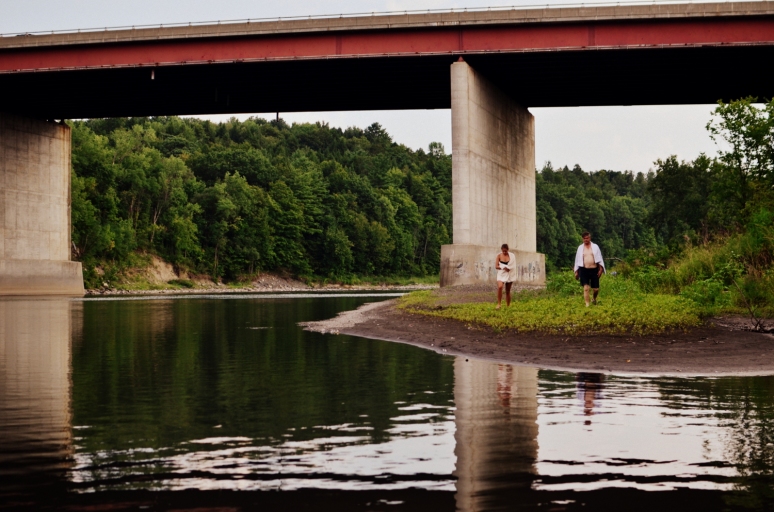 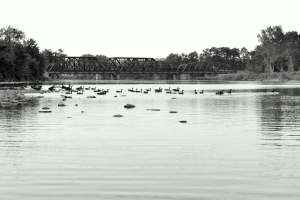 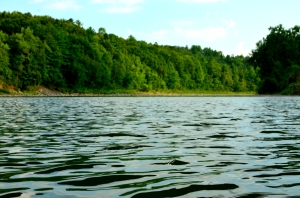 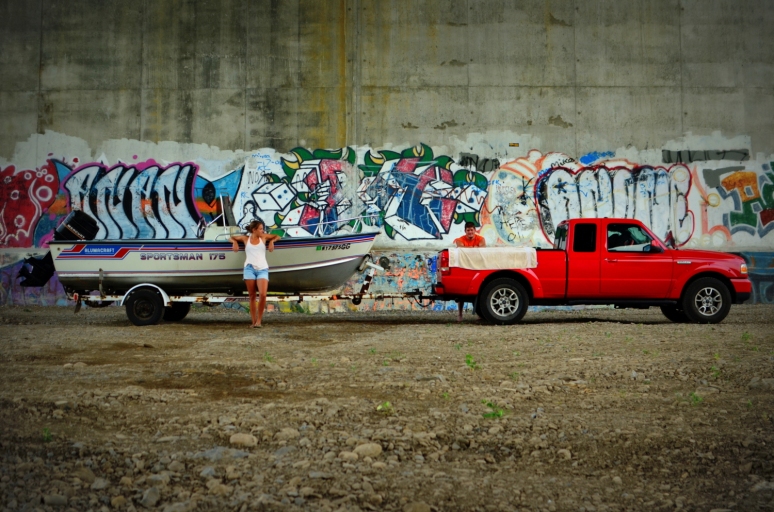 Later we drove past the first house I grew up in.  After parking the car on the turnoff that was so familiar to me I walked roadside along the trailer on 30-A.  The house was there, the garage was there, and it was just the soul that was missing out of this piece of land.  The mailbox that was installed when I lived there was still intact, just weathered dramatically.  The garage was in disrepair.  The basketball hoop was gone leaving a sun soaked shadow on the paint job that me and my brothers did ourselves almost 20 years ago.  Our favorite tree in the backyard that had one massive tree trunk that split into 3 large trees overhanging the creek had been cut down.  Where the garden used to be was now a used car parking lot of sorts, complete with overgrown grass and weeds.  It felt like I was looking into a movie rather than my home.  This was a pretty bad movie. 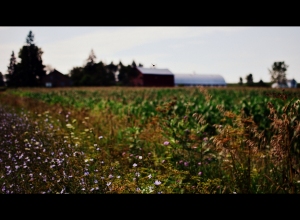 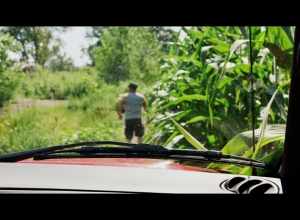 I needed to meet up with some much missed friends so I fooled Elissa into agreeing to head to Johnstown’s annual block party.  This felt like a trip back to high school, except being my 28 year old self now.  I was told that night that I had both the best and the 2nd best mustache by two gentlemen.  I was more proud of the 2nd best mustache title, because I feel it has more honesty behind it.  Going against the greats like Reynolds, Sellack, and the entire cast of Super Troopers and coming out above any of those was a metaphorical trophy in and of itself.  Outside in the parking lot, a mere 10 minutes later, we witnessed 2 bar fist fights and were told to go f*#% ourselves by two or three different girls for absolutely absurd reasons.  Ahh New York.  But I had a good time with my friends, and that is what matters most, I think.
It came time to leave upstate for an undetermined amount of time again too soon, as usual. 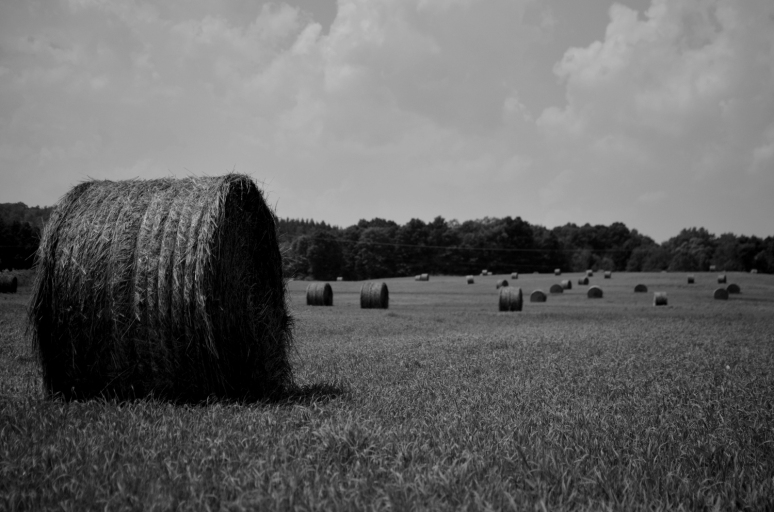 We packed up our backpacks and took a greyhound bus to Boston, where we had a few days before our next flight.  A mere five minutes after arriving at South Station I bumped into a friend in the streets of Chinatown, which reinforced the fact that Boston is indeed a small city.  Without a whole lot of time we savored a few summer nights in Boston with friends, drinks, and bon voyages as we prepared for our next stop, Cartagena.  The South American leg of our trip was about to begin, and we were ready to leave the state of limbo in the states to get back to into the unknown.  A red eye flight had us arrive in the hot and sticky heat of Colombia the following afternoon.